All DBA’s should understand the general structure and update cycle for the Oracle Database an Grid Infrastructure versions. The major version and release number have followed a certain pattern which has become familiar to everyone so we can predict the future (to some degree) when it comes to new releases, patch sets, support periods and terminal releases. However, Oracle has now changed the numbering structure (to avoid unlucky number 13 no doubt!) Gone is the 5 number representation of the Oracle Database and Grid Infrastructure version, and in comes a new 3 number replacement. So what does the new format mean?

The first number is the Release, this is represented by the last 2 digits of the year it is released in and will be a means of introducing new features on a more frequent basis, it will also incorporate Patchsets.

The second number is the Release Update, including important features and critical fixes, which is effectively a replacement to the Patchset Updates.

The third number is the Release Update Revision, this includes security and regression fixes, replacing the Bundle Patches.

As of July 2017, Oracle is modifying the Proactive Patch program for Database and Grid Infrastructure release 12.2 and later. The primary goal is to provide customers with a more flexible way to:

This will provide a more structured approach to providing new features, security updates and bug fixes on a predictable basis. RUs and RURs will be provided each January, April, July and October.

Oracle recommend a more comprehensive update for test / dev and early production rollouts using the RU, although most may adopt RUR’s for more stable production environments.

It is now possible to switch back and forth between RUs and RURs, whereas this is not possible with PSUs and BPs. Both RUs and RURs contain all security fixes, eliminating any security vs stability debate.

Opatch will continue to be used to package and install RUs and RURs.

The release and support schedule can be tracked through MOS, particularly as the new format no longer gives us that familiar and predictable structure that we’ve become accustomed to. I suggest you add MOS note 742060.1 to your favourites! In this note you will find the release schedule, release roadmap and patching end dates, to help you make decisions on version upgrades and in understanding the support periods in relation to the release lifetime. 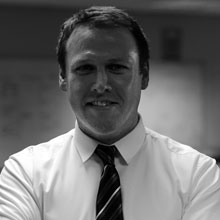 Neil leads a team of highly experienced Oracle consultants who are responsible for the solution design, implementation and continuing support of customer projects. With a flair for innovation, Neil loves being at the coalface with customers to present and inspire new ideas and takes real pride in leaving customers in a far stronger position than before they first met.